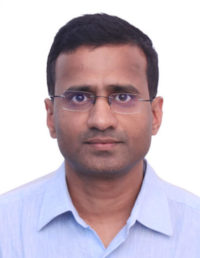 I met a recent graduate who failed to land a job on campus.

He pursued a course in design. He was good not just in academics, but also in design skills. One of his designs, in fact, bagged award and appreciation in a popular contest sponsored by Amazon.

But he didn’t get a job.

His poor communication skills pulled him down in interviews and group discussions.

When I asked him what you plan to do now, he said, “I plan to write exams for government jobs and MBA.” He didn’t realize that there too he’ll face interviews, and his months of preparation for these exams will likely come to naught because of his performance in 30-odd minutes of interview. Clearly, many doors were shut on him. Since, I’ve met more persons like him – recent graduates as well as working professionals.

Through Lemon Grad, I want to help people acquire this absolutely critical skill of modern-day workplace. The content here comes from my experience of teaching and observing college students and others learn the language, developing curriculum for two-semester course on communication skills, and training faculty members taking the course. I also rely on scientific and anecdotal evidence in language learning. And, last but not least, some of the inputs come from my own experiments:

Few of my experiments and observations

How I Corrected My Pronunciation of 3,400+ Words?

Attention Is Such a Big Key to Learning English Fast

Learning English? Improve Your Odds Through These Mindset Rules

Biggest Reason You Lose Confidence When Speaking in a Group

Besides the primary focus area of English Language skills, Lemon Grad also touches upon What You Don’t Learn in College. This secondary focus area supports the primary by covering topics such as motivation, self-efficacy, grit, and deliberate practice to make you an efficient and resilient learner because picking English Language skills can be a long haul. These topics will also help you in your professional career. Few examples of posts on these topics:

Examples of posts from 'What You Don't Learn in College'

Hard Work Is Necessary but Not Sufficient For Big Success

Why Are Some People More Intelligent, Smarter?

Didn’t Get Admission in Good College? It’s Less Important Than You Think

Being at Intersection of Skills Can Make You Indispensable at Work

The website is quite popular among learners of English language.

(Note: First, 190 countries have been counted out of 193 member countries of United Nations. If we take broader list of countries, the number will be even more. Second, this data, of course, is dynamic and will keep changing.)

To repeat, more than two million (or twenty lakhs) persons from 190 countries!

My journey in English Language

My journey in English Language started with my own experience of improving my vocabulary, pronunciation, and fluency. Nothing much happened in the first few weeks, but I could see results in few months. The litmus test for people learning any skill is whether they can use it in the real world. I could with aplomb. Few examples:

I could use precise words while writing and speaking. Try it and you’ll know how difficult it is, especially while speaking because there you’ve no time to think.

In the following five examples, the first sentence is better than the second because it uses more precise word (highlighted in bold):

“I stole a glance at her” is better than “I looked at her quickly” when you look at someone quickly and secretly. ‘Steal a glance’ is a specific kind of looking.

I could spot pronunciation mistakes even in polished speakers on prime time television news and elsewhere. Note that my attention, like anyone else’s, while watching these programs used to be on content – and not on picking pronunciation mistakes. And still I was picking them. Things got automated!

I could sense my voice getting clearer not just in English, but even in my first language, Hindi, as a result of regular reading-out-loud exercises.

These are few of many examples where I cleared the litmus test.

It is pertinent to note that my English Language skills were already at a high level and improvement from there was tough. But I did.

(I worked at Morgan Stanley, a marquee Wall Street investment bank, where strong communication skills are a prerequisite. Talking of writing skills, I’ve helped applicants – most of whom are from big-name multinational companies – to international MBA programs with their applications and interview prep. These applications, comprising of essays, resume, and recommendations, require plenty of quality writing. Here is a sample essay.

BTW, I didn’t need to improve my communication skills any further. I would’ve been absolutely fine using the first of the two options in the box above. But I still did because I believe this is a skill which, unlike other work-related skills, stays with you till you’re on this planet. And if it is going to be useful for so long, then why not be really good at it. I’ve articulated this reasoning in the first point in this post.)

My own experience with the language led me to explore how people, especially beginners, pick English Language skills. I volunteered at Freedom English Academy (FEA), a non-profit organization founded by well-known spiritual leader Deepak Chopra that imparts English Language skills to underprivileged youth, to observe how beginners learn. What mistakes they make? What obstacles they face? Why some are quick learners and why some aren’t? Lack of non-judgmental environment, lack of confidence, peer pressure, and fear of making mistakes, for example, are some of the factors that stop people from speaking in English. And if you don’t speak, you don’t get better.

Thereafter, I developed curriculum on communication skills – written and verbal – and trained faculty members taking the course across multiple campuses of an Institute of National Importance in India. The two-semester curriculum is predominantly application based and has been designed keeping in mind what communication challenges undergrad and grad students face in the professional world.

Outside work, I’m an adventure-travel enthusiast. I’ve traveled on roads-less-traveled (literally), trekked in Himalayas, and camped in dense forests. I believe you can learn plenty by travel in general and offbeat travel in particular.

Few lessons from some of my memorable trips

One Step at a Time: That’s How I Survived Extreme Cold and Hunger at 15,000 Feet

Of social media and similar platforms, I’m relatively more active on Quora, where I write mainly on topics related with English Language.

I attended Indian Institute of Technology (IIT) Kanpur for my undergrad (Engineering) and Wharton, University of Pennsylvania, for my grad (MBA) program.