Attention Is Such a Big Key to Learning English Fast

Many watch English movies, listen to radio and songs, and read books and newspapers to improve their English. But they make little progress even after several months of watching, listening, and reading.

Attention or rather lack of it.

Why attention matters in learning English?

To quote John Medina, a leading authority on brain study and founding director of two brain research institutes, on attention from his book Brain Rules:

The more attention the brain pays to a given stimulus, the more elaborately the information will be encoded – that is, learned – and retained…. A multitude of studies, both old and new, show that paying attention improves retention of reading material, increases accuracy, and boosts clarity in writing, math, science, and every academic category that has ever been tested.

When we pay attention, we learn fast.

It’s not that you won’t learn anything if you don’t pay attention. You’ll, but much less. Sure, listening while driving or watching a movie will add a word or two to your vocabulary, but that will be registered weakly. You’ll miss many fine points (to be discussed in the post).

To give a crude parallel, generation of electricity through Solar Photo Voltaic panels depends on the direction in which the panels are placed with respect to sunrays. If you change the direction from the optimum position, electricity will still be produced but much less. 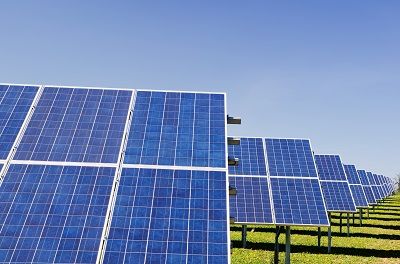 Image by Zbynek Burival on Unsplash

Message: pay attention, and your learning will accelerate.

And one of the best ways to improve attention is to develop interest in what you’re doing. Don’t we start seeing a dress or car or phone we want to own far more often? That’s because we pay more attention to things we’re interested in.

Let’s understand what attention – or lack of it – means in different aspects of English learning.

How do you watch a movie or a series?

Sprawled on bed or couch.

How do you listen to a radio program or a podcast or an audio book?

Start. Engage in some activity such as driving, cooking, and household chores. Listen while engaged in these activities. Finish.

How do you listen to songs?

Start. Get lost in your world or engage in some activity. Finish.

Most watch and listen passively the entire content they go through in a day. Not even few minutes of focused exploration. (As we’ll see later in the post, you don’t need to be attentive all the time.) After all, passive is easy and effortless.

‘Focused exploration’ is somewhat abstract. Let me outline, through few examples, what it means:

1. Do you notice discrepancies in pronunciation when watching/ listening? 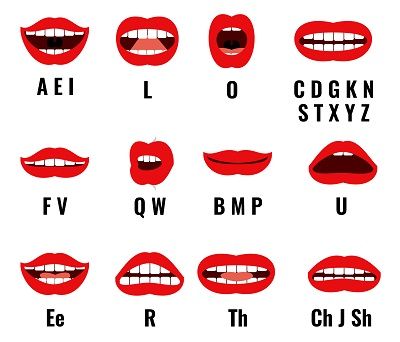 When watching or listening, do you look for the difference between how you pronounce a word and how the speaker pronounces the same word? (Maybe the speaker is wrong. Maybe you are. But if the speaker is reputable, you’re likely on the wrong.) And if you find some difference, do you confirm the correct pronunciation through a reliable online source.

To give an example, while watching the final of 2017 Shanghai ATP Masters tournament between Federer and Nadal, I heard the commentator say ‘sahyz-mik’. In a flash, I knew he just pronounced the word ‘seismic’, but his pronunciation was different from mine (‘seis-mik’). I scribbled the word on a piece of paper and after the match got over, I played the pronunciation for ‘seismic’ on dictionary.com. My hunch came true. I indeed had been mispronouncing the word wrong for ages. In this case, I stood corrected. Now, because of progress I’ve made in my pronunciation, I’ve started catching mispronunciations of others, including news presenters and guests on primetime television debates.

Earlier, I rarely noticed such differences and even if I did I never bothered to explore the pronunciation further. I noticed much less because I was mentally switched off on that aspect and I didn’t explore the word further because it wasn’t a priority. Imagine, I watched and listened countless hours of content earlier as well, but got little out of it because I wasn’t paying attention. (Now, I notice pronunciation and many other aspects of English language even without paying attention. Yes, that’s true because, over time, it has now become my default mode. More on this later in the post. Read on.)

If you’re a beginner, you can take your attention to an altogether different level by first watching videos without transcript, then with a transcript, and then again without a transcript. Such focused listening will accelerate your comprehension skills. [Link to listening post]

2. Do you notice new words and expressions?

When watching, listening, or reading, do you notice new words and expressions that you would like to use yourself?

Here are few I picked while watching and reading:

Juice is worth the squeeze

You wanna have a go at it

I highlight or scribble such words & expressions while reading and watching, and after few days when I’ve enough of them, I note down their meaning and example sentences. (The last three in the above list didn’t require noting down meaning as it is evident from the expression itself.) Note that you won’t find some of the expressions such as these in dictionaries limit themselves to words, idioms, phrasal verbs, and proverbs.

3. Do you notice intonation and body language?

On body language, you can learn so much from the way the speaker expresses herself/ himself through gestures and facial expressions.

The above three are only for illustration. If you pay attention, you can notice more elements of English language while watching/ listening. 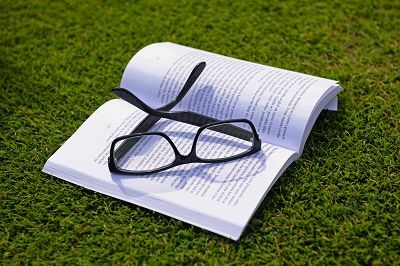 In their book How to build a better vocabulary, Maxwell Nurnberg and Morris Rosenblum point out that almost all of us don’t build strong vocabulary because we don’t stop to pay attention on individual words:

But if you’re really serious about increasing your vocabulary in a big way, you’ll find it pays to stop to think of individual words. You’ll even want to give up a little of the relaxed enjoyment there is in reading and devote some thoughtful attention to new words…

The same story repeats for other stuff. We read almost every day, but how many absorb rules of punctuation such as those pertaining to colon, italics, capitalization, and even comma. Very few despite coming across application of these rules every day.

Most of us read like we watch movies. You get the point.

What if you can slow down on just 2-3 pages of the book you’re reading or 1-2 paragraphs of the article you’re reading? Slow down and pay attention to the English language contained therein. (I call this Crawl Method.)

On these pages and paragraphs, you can notice choice of words, punctuation, how transitions are effected between sentences and paragraphs, how rules of grammar are followed and broken, how arguments are built brick by brick, and so on.

Because you’re attentive, these few pages or paragraphs will take you longer than what you take during your normal reading, but the juice is worth the squeeze. (See I’ve used the expression I referred to earlier. That’s the way to embed it for long.)

You can learn so much from the best writers in the world… only if you pay attention for few minutes.

I’ve read out loud newspaper consistently for many years and spotted most of the words I used to mispronounce purely by paying attention to how comfortably (or uncomfortably) I was pronouncing different words. Wherever I feel slightest of uncertainty in pronouncing a word, I mark it on the newspaper itself and then later listen to pronunciation of all the words so collected on an online dictionary. On many occasions, the pronunciation sounded different from what I was used to speaking. These were the ones. I noted them down along with their pronunciations and reviewed them few times later on.

This list runs into few thousand, and it wouldn’t have been possible without paying close attention to my discomfort with certain words.

What does attention mean for speaking?

Few examples of what it means:

Options are endless. It all depends on whether you pay attention to them.

You don’t need to pay attention all the time though

We saw why attention is so important for learning English.

But you don’t need to watch, listen, read, and speak all the time with the attention to learn English. That’s not feasible also.

You can, however, earmark 15-20 minutes of watching and listening purely to improve your English. You can devote 5-odd percent of your daily reading for fine-tooth combing. And you can occasionally scrutinize your speaking.

Once you start being attentive consistently, you’ll realize that you’ll subconsciously start noticing aspects of English language in your regular watching, listening, reading, and speaking as well. I notice new words, expressions, rules, broken rules, and mispronunciations all the time whether I’m watching movies or educational content.

Once you explore a word or an expression or a pronunciation or a particular body language with attention, you’ll notice it the next time you come across it, thereby solidifying it even further. 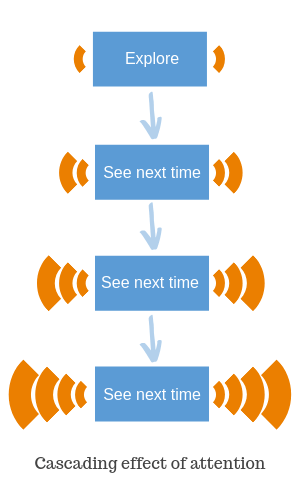 This cascading effect registers already explored words even deeper into your neural network.

For example, if I learn the correct pronunciation of ‘buffet’ by listening on an online dictionary and repeating it few times, it’ll catch my attention when I come across it in future, thereby reinforcing it further. But, if I hadn’t paid attention to its pronunciation, it would have passed unregistered like many pronunciations do every day.

I’ve experienced this so many times.

You would have watched anchors introduce performers and dignitaries in multiple official functions. You would have watched speakers open and close their speech on many occasions. But if you’re asked to perform these tasks, you wouldn’t remember the lines (I’m not talking of remembering verbatim) to say even though you’ve heard them many times. Why? Because you never paid attention. You just listened passively. The same phenomenon repeats when you struggle to remember a not-so-straightforward route on which someone else drove you few times.

Same lack of attention makes our effort in learning English much less effective. We watch movies in English, we read books and content online, and we listen to radio and songs, but the needle doesn’t move as much as we would like.

If you want to progress much faster, you need to consciously pay attention to at least some of your watching, listening, reading, and speaking. By default, we don’t.

You also benefit from cascading effect after you pay attention to something. Every time you get exposed to the same element next, you’ll likely see it more attentively even though you’re working passively with the content. This consolidates and solidifies what you learnt in the past.