Before we get into the thick of this blog post, I’ll briefly narrate few steps you can take to make reading a habit:

1. Read stuff that interests you. Don’t force yourself into reading something that you don’t enjoy in the beginning. You can take up discomforting, though useful, topics at a later stage by when reading becomes a habit for you.

2. Read stuff you can understand from the context without referring to a dictionary too often. And in due course after your vocabulary goes up few notches, you can raise the level of language in your reading. Such graded reading will help you build your vocabulary without losing interest.

If you read stuff that doesn’t interest you or read too difficult a language for your current level, you may give up on reading even before it becomes a habit. You don’t pick the heaviest weight right in the beginning when you take to lifting weights, right?

Before we jump into list of books and novels for different reading levels, a suggestion to progress fast on your English Language skills are concerned: crawl or read attentively 5-10 percent of pages.

If you’re a beginner, a good place to start is children’s books in 9-12 age group and higher. If you think children’s books are too lowly for your level, go through few pages (you can preview few pages using Amazon’s ‘Look inside’ option) and then decide.

Esha Manwani decided to start with books for 7-8 year olds when she was 15. Listen to this particular part in her TEDx Talk where she talks of her journey to improve English. (The clip is 1:45 minutes long, ending at 6:00 timestamp.)

What was important for her was that she understood the language in those books. If the language was too high for her, she might not have immersed herself into books like she did.

Maybe children’s books provide the right level for you. Maybe not. You can also have a look at books by Wordsworth Classics, the very first option below, which provides the most advanced option in the beginner category. If you find this too simple, you can jump to intermediate plus category, covered later in this post.

Here are the novels categorized under publisher, series, and so on:

(To know which books in a series or by a particular publisher or by a particular author to start with, look at the number of reviews and average rating of these reviews. The higher the two numbers, the more likely the book is popular. In case you don’t find enough reviews for a book on your country’s Amazon website, see reviews on Amazon.com.)

Books in the series (mainly for 12+ and 15+ age group) have a fictional group of child detectives as the main characters.

The Hardy Boys is a fictional mystery series for children (mainly for 8-12 age group). The characters were created by American writer Edward Stratemeyer, but the books have been written under the pseudonym Franklin W. Dixon. The books in this series are somewhat expensive.

Again a mystery series (mainly for 8-12 age group), with girls as the fictional characters. This too is somewhat expensive. 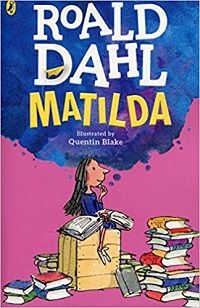 The series narrates adventures of various children in Narnia, a fantasy world full of magic, talking animals, and mythical beasts.

Another name in graded readers is Ladybird Readers. However, this is mainly for young kids.

Once you get into the groove of reading simple books, you can graduate to the next level. There are more options here:

The earlier books in the series are relatively easier reads than the later ones.

2. The Hitchhiker’s Guide to the Galaxy

A comedy science fiction series full of adventures of Arthur Dent following the destruction of Earth by aliens.

In fiction, you’ll typically find several books by the same author. So you can also search books by author name. Some of the popular authors whose books you may consider reading are:

Detective novels featuring none other than Sherlock Holmes.

Look for books in your interest area, if any.