I started the journey to improve my pronunciation nearly five years back, motivation being that communication skill, unlike other skills with short shelf lives, is going to be useful for the rest of my life. And if it’s going to matter for so long, then why not be good at it. I’ve articulated this reasoning in detail in the first point in the post on why strong communication skills in English are important for your career and otherwise.

When I started, I had no target in mind. I had no process to follow, but I developed one in due course. Fast forward few years, I’ve corrected my pronunciation of more than 3,400 words and proper nouns (basically, names) in a way that is not academic, not decorative. These pronunciations have become second nature to my speech.

Because they’ve become second nature, I can use correct pronunciations of these words on the fly, without pausing while speaking. And I can spot mispronunciations among even news anchors and other proficient speakers of English subconsciously. (‘Subconsciously’ because when watching television news, I, like anybody else, pay attention to the content and visuals, and not to pronunciation of individual words.)

Although I’ve been on this journey for more than five years, nearly 90 percent of 3,400+ words were picked in the first 15 months itself. In the initial months, I actively hunted for such words and, moreover, more words flew in naturally as I had a historical backlog of thousands of mispronounced words. BTW, even in the initial months, the work was breeze (it took me just few hours a month). Now, I come across just 1-2 words every month, which is no work.

Well, I narrated this not for self-glorification, but to tell you that any motivated person can do it.

Pronunciation in audio and written form. Common patterns of errors.

The process I followed

Note that this process has been explained in some detail in the post on how to improve pronunciation. I recommend you read it for better understanding of the process. For example, you’ll find in the post that you may skip few steps to make the process more sustainable, sacrificing of course some degree of effectiveness. That’s a tradeoff you can make.

I identify words I’ve been mispronouncing for ages when I find a person of authority pronouncing a word different from how I do. The difference is a clear signal that I’m likely mispronouncing the word. I quickly listen to the pronunciation of such words on an online dictionary such as dictionary.com or Cambridge English Dictionary to confirm the signal, and more often than not I find that I had been mispronouncing.

I note such words down on an Excel Sheet till they count 46. The reason for waiting till 46 is that I use a physical flashcard which can accommodate 46 words and their pronunciations. (You may go with far less number of words than 46.)

2. Copy-paste pronunciations and speak them out few times

Once I’ve 46 words, I listen to the pronunciation of each word, speak the word out few times to practice my vocal cords, and copy-paste its non-phonetic pronunciation in the Excel sheet in front of the corresponding word.

Within an hour or so of completing this exercise, I cover the pronunciations and, looking at only the words as prompts, pronounce the words loudly. Since the sounds I listened to from the online resource are still fresh, it’s important to take this step early. If you get few pronunciations wrong, speak them out loud again few times.

I repeat the process (looking at only the words and pronouncing) the next day. Then after a week, a month, and three months. Each time, repeat pronunciations you get wrong. This, also called Spaced Repetition, is the best way to embed something in your long-term memory.

You may be thinking that repeating the list so many times can be so time consuming.

I take barely 7-8 minutes for the first review (that happens within few hours of preparing the list) of 46 words. Subsequent reviews take just 2-3 minutes because by that time these pronunciations start getting embedded in my long-term memory. And I do this review when commuting, thereby squeezing out time from a time-waster. (As you’ll read in other posts too, many such activities geared toward improving communication skills can be performed during times you otherwise waste.)

When I reviewed my first set of cards again after more than two years, I could recall 95+ percent (in a sample of more than 1,000 words) of pronunciations correctly. That’s as close to perfect as possible.

The journey so far 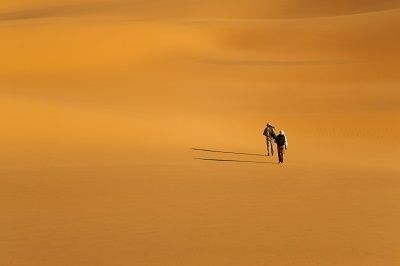 In the first 4-5 months, I had flood of words (250 to 300 words per month) coming my way as, initially, there were more unfamiliar sounds and I actively searched for difficult-to-pronounce words and names on Google and YouTube. During this period, I focused mainly on words where my pronunciation was way off the mark from the correct (example: scion). In the later months, I also added words where the difference was tiny and almost unnoticeable to the listeners (example: refrigerator).

At this peak volume, it took me around 5-6 hours a month to complete the first two steps of the process we just covered – noting pronunciation, preparing the flash card, and reviewing it immediately.

Five hours a month! And that too for the first few months, after which the time required started dropping.

Step 3, Spaced Repetition, hardly takes any time (just two minutes for 46 words), and for me that time came entirely from a time-waster.

In essence, improving pronunciation doesn’t take much time out of your schedule and what you gain – one key pillar of your communication improved – stays with you for life.

The flood of initial months gradually turned into a thin stream. After around 15 months, I barely entered 10 words in a month in my Excel sheet, which required just 2-3 hours in a year (not month) to complete the first two steps.

In due course, after listening to variety of pronunciations, I’ve got an intuitive hang of how to pronounce new words. So before checking the correct pronunciation, I now first guess it. And guess what, I’ve had a respectable success rate with the new words. If you keep improving, magic starts happening after a tipping point.

And now, my Excel sheet waits melancholically for weeks to get a new entry. The thin stream has now turned into a trickle – one or two words a month.

The journey, however, continues. You too won’t stop if you meet with success, use what you’re learning in the real world.

In short, my efforts weren’t confined to theoretical realm. They were working in the real world.

Success, howsoever small, fuels passion, even if you disliked doing the stuff in the past. I’ve experienced this quite a few times. And that’s likely is the reason why this process even at its peak of 250-300 words a month seemed a breeze to me. So, start observing the progress you’re making.

I could have never imagined at the start of this journey that I would cover so much ground that I would struggle to get new words to add to my list. If you’re regular at something even at medium intensity, you’ll end up with something big.

My mispronunciations weren’t limited to only words. I used to mispronounce names of celebrities, brands, and so on all the time.

Once I decided to improve my pronunciation, I raised my mental alertness while watching and listening to spot the difference between how I pronounce and how an expert pronounces the same word. I also developed the habit of checking pronunciations whenever I was in doubt.

That’s how I figured out how to pronounce names of Marin Cilic, David Goffin, and Gael Monfils, all tennis players. (Their pronunciations are very different from how they’re spelt.) Many other names. And many, many, many words.

Earlier these sounds never registered. Now they do.

Anil is the person behind content on this website, which is visited by 3,000,000+ learners every year. He writes on most aspects of English Language Skills. More about him here:

Learn more
Send this to a friend