This post is about learning spoken English fast, and not about becoming fluent in 10 or 30 days. I don’t want to disappoint you, but it’s nearly impossible to become fluent in 30 days.

(Please note, this post is specifically written for the situation where you don’t have the luxury of time and you want to expedite your learning process. However, if you don’t face the pressure of time, few steps mentioned in this post should ideally be tweaked, few dropped, and few added. Overall, the content would change somewhat in that case.)

Here are the steps you can take to speed up your spoken English skills:

1. Know why you want to learn English

It’s hard to put in the hours day in and day out over a long period with several dry spells of flat progress unless you’re super-motivated.

How to find motivation to improve your spoken English?

By finding the ‘why’ of your pursuit.

Is it to succeed at job interviews? Is it to impress others? Is it to be socially mobile and enlarge your network? 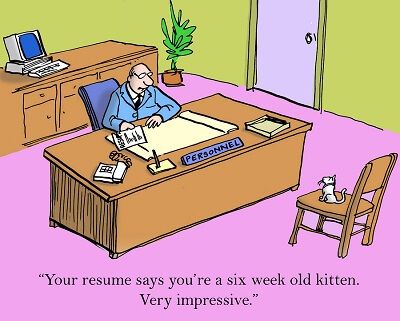 Learning a language with the goal of accomplishing a task is called task-based language learning.

If you want to move fast with your learning, there is probably a reason, a goal behind.

For most, it’s a not-too-distant job interview.

For some, it could be an international travel, ranging from an exchange program to plain leisure travel.

If your reason is job interview, you can tailor your practice to accommodate what you’ll face in an interview. You can, for example, try to limit your responses in practice to 2-3 minutes; answer questions in a way where you first give brief background of the situation you handled, followed by your contribution, and the result or lessons drawn in the end; and you can even practice questions you’ll likely face in the interview.

If your reason is an exchange program, you can specifically practice ice-breaking questions and striking conversation with strangers.

There is so much you can cover in spoken English, but if you’re short on time, focus will help you get more bang for your buck.

Why do people learn a language fast when they live in a country where that language is spoken natively?

Because they’ve little option but to speak in that language. Everyone else around them is speaking the language, after all.

This is called immersive experience. It’s forced in the above example, but it’s not difficult to replicate such an experience in English at your own place in your own country.

Many students make dramatic improvements in 12-odd months they spend here. And the most important reason for improvement is strict adherence to communication in English during those 100-odd minutes. No matter how lame your English is, you can’t utter a word in your native language. In other words, each session is an immersive experience (in English).

And I’ve observed that those students who could create such an immersive experience even outside FEA progressed even faster.

Want to get convinced more on immersive experience?

Scott and Vat learnt Spanish, Portuguese, Mandarin, and Korean by living in Spain, Brazil, China, and Korea, respectively for three months each. Watch their dramatic improvement from Week 1 to Week 12 in the four languages in their TEDx talk (duration: 63 seconds):

Scott says his fluency in Spanish attained through this 3-month immersive experience is far better than his fluency in French after staying in France for a year and deliberately studying French on an earlier occasion.

That’s the power of completely immersing yourself in the language you want to master. So, replace the native language content you read, listen, and watch with the one in English. And create ‘English only’ time zones – like FEA students do for 105 minutes – when you speak only in English. The more, the better.

The most important component of immersion is speaking. Let’s take this up first. 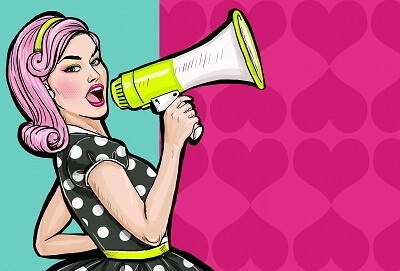 This is the biggest of them all. If you’ve to take just one message from this post, take this.

You can’t learn swimming without jumping into water

Wouldn’t you learn swimming faster by devoting disproportionately more time to swimming than to reading a swimming manual or watching the moves of other swimmers in the pool.

Swimming is a skill that you can learn mainly through doing it.

Though not exactly the same, speaking is a skill which you will learn faster by actually doing it. You can read and listen for hours every day, but if you don’t speak you won’t go anywhere. Speaking will make the biggest impact on your speaking skills. (It’s not to say that reading and listening don’t help speaking. They do, but they shouldn’t come at the cost of speaking. Also, when you’re pressed for time, you got to focus more on things – speaking, here – that will move the needle the most.)

Guard against procrastinating on speaking

Does it ring a bell?

If you want to learn fast, don’t delay the speaking part much. Try even if you stumble more initially.

Feel free to get all the advice in the world, but don’t forget to filter them through commonsense.

Whom to speak to?

You can practice speaking in English even without a partner. Friends and colleagues. Yourself loudly. Yourself in thoughts. Yourself mimicking television on mute. Customer care.

Possibilities are endless. If you’re driven, you will find ways to practice no matter where you live.

But you’ll struggle to speak if you fear mistakes, embarrassment. That takes us to our next point.

Stephen Krashen, professor emeritus at the University of Southern California and a linguist with plenty of work in the field of second-language acquisition, points out that affective filter (factors such as hesitation, fear of making mistakes, and mood that affect language acquisition) inhibits our ability to acquire second language. (We know this intuitively, don’t we?)

So, make mistakes. Plenty of them. And overcome hesitation. That’s the way to learn fast.

Every polyglot, someone who can use several languages, swears by this rule.

Sid Efromovich, a master language learner who speaks seven languages, says making mistakes is one of the five principles of language learning he followed:

…the golden rule of language learning, the most important thing, is to get things wrong, to make mistakes.

Read more such stories in this post on why mistakes are the foundation of learning any language.

Let’s come to other components of immersion – reading and listening.

You don’t use complicated grammar rules in speech. So, unless you struggle with simple rules such as tenses and subject-verb agreement, you can altogether skip grammar.

Reading helps your spoken English… but much less than listening.

However, most average speakers have enough vocabulary to make working conversations, and therefore learning additional words through reading won’t make big difference to your spoken English. (Remember, you’re short on time and would like to get the most out of it.)

So is the case with grammar. There are limited grammar rules and unless you’re too bad, you would be fine without knowing all the grammar rules. If you’ve the grasp on basic grammar such as tenses and subject-verb agreement, you can do fine without additional doses of grammar.

In contrast, listening provides you inputs that take you closer to reality – speaking:

BTW, listening, like reading, too provides you the opportunity to improve your vocabulary.

Listen to audio or video content that you can understand to the extent of 70-75 percent, which means simple enough to understand the main idea without referring to an external aid such as dictionary and difficult enough to not understand word for word.

If you’re a beginner, listen to content meant for children. Try as much as possible to listen to content that is also useful to you in some other way (example: content from your industry if you’re working, TED talks etc.)

To learn more, read the post on why, how to, and what to listen.

7. Be aware of your weak areas and work on them intently

Indian cricket team has reached unprecedented heights in recent years. They’ve consistently been # 1 or 2 in all the three formats of the game.

The biggest reason for the rise has been their pace bowling. That’s where they’ve improved the most. Not long ago, it used to be the weakest link in their plans.

Your spoken skills too will rise fast if you address your biggest weaknesses on priority.

Do you hesitate to speak? Do you lack confidence speaking in presence of others? Do you stumble because appropriate words don’t strike you while speaking? Do you stop because you don’t have enough to say? Do you speak too fast or too