How Self-Efficacy Can Help You Achieve Your Potential?

In his death on 03 March 2018, Sir Roger Bannister left an enduring legacy that is much bigger than the breathtaking mile he ran more than six decades back.

For the starters, let’s travel back in time to understand what he accomplished.

However, what happened in the following weeks and months was even more astounding, and defines his true legacy.

Within weeks of this feat, another runner, an Australian named John Landy, broke the four-minute barrier. Within three years, seventeen runners – I repeat, seventeen – matched one of the greatest sporting feats of twentieth century. Nothing changed in those three years: same gear, same tracks, and same coaching methods. And yet…

True legacy of Roger Bannister is far beyond smashing the seemingly insurmountable four-minute barrier. It lies in smashing the psychological barrier in the minds of fellow athletes and instilling the self-belief that they too can pull under four minutes. Runners had the ability to break the record before May 1954, but probably not the self-belief.

What is self-efficacy (a fancier word for self-belief)?

Self-efficacy is the strength of your belief in your own ability to complete tasks and reach goals. If you have low self-efficacy, you’re more likely to get discouraged in the face of obstacles when pursuing a difficult task and, therefore, make an under-par effort or just give up.

Self-efficacy has nothing to do with your actual ability, though. It’s belief.

Let’s understand this through an example.

You’re on a hiking expedition in Africa, and you get lost. You come across a hungry hyena who is keen to make a meal of you. What would you do? You’ll fight with all your might, right?

But, what if you face a lion instead? Will you show the same might against the lion? Very unlikely. Because you’ll lack the self-belief to fight a lion. Although your ability remains the same in the two situations, your response, your effort will be different.

Seeing a tougher challenge – the lion – your belief in your ability went down, although your ability remained the same in both the situations. And this diminished belief (or poor self-efficacy) inhibits performance.

People with high self-efficacy view challenges as tasks to be mastered, persist longer, and bounce back quickly from setbacks. So, if you can improve your self-efficacy, you’ll be more likely to fight for your goals and succeed, like those 17 runners who went under four minutes.

According to Albert Bandura, a psychologist and a researcher on self-efficacy for more than six decades, self-efficacy can be improved. He proposed four methods, but here I’ll cover those two in detail which make the maximum impact on your self-efficacy:

1. Reflect upon your past successes

Dr. Bandura says that reflecting on your past success is the best way to raise self-efficacy. And those successes are even more effective in improving self-efficacy which have been achieved through sustained effort, through struggle.

So, if you’ve succeeded in similar endeavors (to the one you’re attempting now) in the past, recall them. It’ll raise your self-efficacy.

Arunima Sinha, a national volleyball player in India, was traveling from Lucknow to New Delhi by train when robbers struck. She resisted their attempt to take away her belongings, but they were too many. She was overpowered and, worse, thrown out of the running train in the middle of night.

She fell on the opposite rail track and, before she could gather her senses and move, her left leg was run over by a train coming from the opposite direction. Because it was dark there, no one spotted her in the night.

Next morning, when local people found her, she was teetering on the edge of life after heavy loss of blood.

But… her left leg had to be amputated.

She became the first amputee woman in the world to summit Mount Everest. And in subsequent years, she climbed the highest mountains on all seven continents.

On the summit day, when she started out from camp 4, she realized that she didn’t have enough oxygen. The camp leader rightly advised her to turn back, but she carried on fully knowing the consequences.

“I believed if I did not die in spite of lying on the [rail] tracks for seven hours, I’ll not die on the way to Mount Everest because it was not time for me to go,” she recalls her thought process at the time of taking that decision. (Source: “Down And Out… Standing”, The Week (Health), 22 June 2014, p. 31)

And guess, what happened? On the way up, a British mountaineer who had abandoned his climb gave his oxygen cylinder to her.

Notice, how she relied on her past success in beating a near-fatal incident to raise her self-efficacy while summiting Mount Everest.

So, write down your past accomplishments somewhere, and go through them to boost your self-efficacy in times of need.

2. Collect examples of success of others

So, if you don’t have a track record of your own successes, collect examples of success of others. Even better if they’re like you. 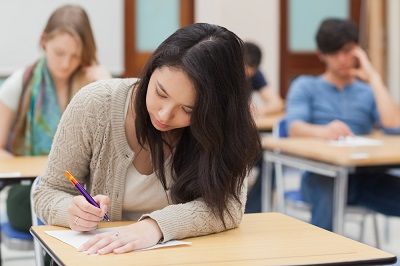 In early 1980s, Timothy D. Wilson, Professor of Psychology at University of Virginia, worked on a study with first-year college students who were struggling academically. As part of what the students thought was a survey, they were given the information that many college students struggle in the beginning, but gradually improve. They were also shown videos of college juniors and seniors which reinforced this message. The students got the underlying message: it wasn’t about any lack of ability on their part which was inhibiting their academic performance, but it was more about learning the ropes which takes time and effort.

Students who participated in this study improved their grades, and they were less likely to drop out of college. In contrast, grades of the students who were not given this information didn’t show any significant change. It was a short, unsophisticated 40-minute intervention. No gizmos, no counseling sessions, no remedial tutoring, and no other intervention! And it worked. The students could see that others like them, too, struggled in the past and then did well. As a result, their self-efficacy improved, and they were more willing to persist and work hard.

Example 2: Children could get rid of deep-rooted phobias 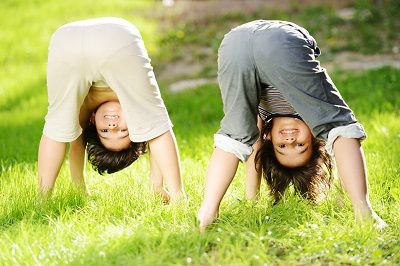 Robert Cialdini in his book Influence describes work of Dr. Bandura and his colleagues in getting people rid of their phobias through an amazingly simple way. For example, they showed nursery-age children who feared dogs a little boy of their age playing with a dog for twenty minutes a day. In just four days, 67 percent of children were willing to play with a dog unassisted. And when the researchers tested after a month, they found ‘the children were more willing than ever to interact with dogs’.

In a subsequent study, researchers found that a video clip of a little boy playing with a dog had the same effect as live demonstration in reducing dog-phobia among children. (Recall that in the previous example too, the students were shown video clips.) And those clips were most effective which showed children from variety of backgrounds playing with dogs.

In another study, Robert O’Connor shot a film containing eleven different scenes, each showing a solitary child watching an ongoing social activity and then joining it. He showed the film to socially-withdrawn children of same age. These children immediately began to interact with their peers like a normal child would. And the most impressive part – the effect persisted.

The children who feared dogs and who were socially withdrawn lacked self-efficacy before the intervention, but when they saw others similar to them performing the same task….you know it.

Example 3: Roger Federer inspires others to prolong their career

We started this post with Roger Bannister. It’s only fitting that we finish with another Roger – Roger Federer.

Isn’t Roger Federer weaving a legacy similar to Roger Bannister’s since his return from injury in January 2017?

Tennis players were ‘supposed to’ retire in their early thirties. In the cut-throat world of modern tennis, rarely has any male player played at top level consistently beyond early thirties. Pete Sampras retired at 31, and, but for that big-bang U.S. open title in 2002, he was largely on a downhill in his twilight years. Becker, Lendl, Hewitt (let’s not forget he was world # 1 for 80 weeks), and other former # 1 players were all a shadow of their prime in their thirties.

He is dominating at a grand-old tennis age of 38. His performance, it seems, is already casting a ‘Roger Bannister spell’ on other tennis players – belief that they too can play well deep into their thirties.

Marin Cilic, a finalist at Wimbledon and Australian Open, said this after Federer became the oldest ever – men or women – world no. 1.

“It’s an amazing achievement for him.

“He put himself in the position to be number one again.

“For tennis it’s great. He is an example that you can still improve at the age that he is [emphasis mine].”

“They [Federer and Nadal] come back year after year, and they play even better, though you think it’s almost impossible. You’re like, how?

“I think it just inspires everyone else to try to step it up, try to play better, too.

“I’m always thinking ‘if they can get better, then I can too‘. I have a long way to go [emphasis mine].”

Many runners had the ability to run a mile under four minutes before 06 May 1954, but they couldn’t because of lack of self-efficacy. This phenomenon is so pervasive – then and now; sports and any other field.

You can raise your self-efficacy by:

So, keep collecting examples of success of commoners like you – persons you know or those featuring in news. (Presumably, you’ll remember your own past successes and recall them easily in future.)

However, raising self-efficacy is not a replacement for being skillful or putting in hard work. You can’t pull off something exceptional just by getting inspired by a person with similar background and not doing the required work. Could an average runner run the four-minute barrier just by raising his self-efficacy? No.

What self-efficacy does is help you achieve your potential?