Why Are Some People More Intelligent, Smarter?

If you’re a working professional who wants to rise to the top echelons of the corporate world, you would’ve admired many corporate leaders and founder CEOs of Fortune-500 companies.

If you’re a student who wants to crack the toughest exams out there, you would’ve marveled the effortless ease with which the brightest consistently finish in top 0.1 percentile.

If you’re a wannabe tennis player, you would be in awe of the games of Roger Federer and Novak Djokovic.

“Their brain, their body is wired differently.”

What if I tell you that these things matter much, much less – if at all they do – than you think? (As we’ll learn later in the post, your neural wiring and re-wiring, the foundation of any skill, depends only on your experiences. Not on any natural gift.) What if I tell you that there is a path accessible to everyone that can take you too to the dizzying levels of some of these greats?

(Well, to be honest, you may not reach those levels because your path to become the only one of a kind may be sometimes influenced by external factors such as lucky break and socio-economic ecosystem, especially in the beginning. But you can reach 99.9+ percent of those levels, which I’m sure would satisfy most of you.)

In this post, I’ll debunk the popular myth that few who achieve exceptional success are more blessed than the rest of humanity. This myth is so firmly engraved in our ethos that even experts, including teachers, propagate it. In reality, such phenomenal success is almost entirely a result of how you practice your craft. Nothing else. Toward the end of the post, I’ll talk about how the best practice to achieve what they do and why even Roger Federer can suddenly become an utterly average player. And I’ll cap the post by encapsulating 3,000 + words in this post into a simple math formula that will make the topic intuitive.

Let me start with few examples of how average persons became geniuses.

Nature vs. nurture examples: are genius born or made?

Are people born intelligent or they become?

Are people born smart or they become?

Nature vs. nurture debate has raged on for millenniums. Here are few examples, followed by the science behind, which will provide you food for thought. 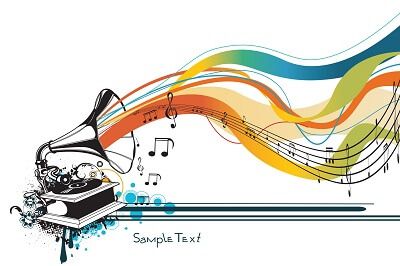 Mozart, arguably the greatest composer of all time, gave public performances on piano at the age of six.

In Genius Explained, Dr. Michael Howe uncovers the mystery behind Mozart’s incredible success at such a young age. Dr. Howe writes that Mozart put in an incredible 3,500 hours of practice before he turned six. Six! You read it right. One of the main reasons why he could pull off such heavy-duty practice was that he was home-taught by his father.

And according to several accounts, Mozart’s early music was patchy, even copied, and nowhere close to his best work.

Mozart wasn’t genius by birth. Incredible hours of practice made him one. And despite those hours, he took time to bloom.

Takeru Kobayashi, an impoverished Japanese student, put in some serious practice to win a nondescript speed-eating competition. After tasting initial success, albeit at local level, it dawned on him that speed-eating (being a globally competitive, remunerative sport) could be his path to make a decent livelihood.

Once he set eyes on the sport, he decided to participate in the biggest of them all – Nathan’s Hot Dog Eating Contest, held every July 4 in Coney Island, New York.

In the days leading up to the competition, he practiced and, more importantly, experimented like a maniac. For example, instead of eating the hot dog as a whole – which was the common practice – he broke it in half. He experimented eating the hot dog and the bread separately rather than together. While hot dogs were easy to gulp down, the doughy, chewy bread posed challenge. So he tried multiple methods to make ingesting the bread easier: he tried eating it after dipping in water, he varied the temperature of water, and he even sprinkled vegetable oil on the wet bread. In nutshell, in the buildup, he ruthlessly focused on improving the tiniest part of the eating process.

In a competition dominated by hulky, bulky guys, the lean, mean, short Kobayashi came in as a rank outsider. At 25.125 hot dogs in 12 minutes, the world record was believed to have already touched the upper limits of human speed-eating capacity.

When Kobayashi finished his 12 minutes, he had gulped down an eye-watering 50 hot dogs, almost doubling the world record. Well, world records are improved – that too incrementally – not demolished.

You may watch him here competing in a similar speed-eating competition (duration: 2:51 minutes):

If you saw Kobayashi the first time on 4 July 2001 – which many did – you would unfailingly assume that this guy is blessed with rare gift of speed and capacity. Wouldn’t you?

But he wasn’t a world-beater speed-eater by birth. He worked hard and ruthlessly improved his craft through zillions of experiments.

3. SF, the guy with incredible memory

In a memory test conducted in psychology lab at Carnegie Mellon University on 11 July 1978, researchers read out a list of random numbers to SF, the participant, one per second. He was then asked to repeat back as many digits as he could remember in the order he heard them. He recalled 22 digits.

Researchers selected SF on only one criteria: that he had an average memory. Before training for this test, he could remember just 6 or 7 digits, like you or I would do. And after training, he reached 22.

Later on, he managed 40 digits. Then, 50. Eventually, after 230 hours of training over a period of almost two years, he managed 82 digits. Researchers thought this was the limit.

If we look only at his results and compare with ours, most of us will think that he possesses special genes or innate talent for remembering digits. But the real story, as you know, is that he possessed an ordinary memory before the training he underwent. And then another person with average memory came and broke his record.

4. David Beckham, one of the greatest soccer players

David Beckham could do 2,003 keep-me-ups (this is how most soccer players develop ball control: keeping the ball in the air by kicking, kneeing, and heading) in one go when he was just nine. Anyone will marvel at the incredible number of non-stop keep-me-ups he could pull off. But not his mother, who watched him begin from just 5-6 keep-me-ups in their tiny back-garden in East London. It took him three years, countless failures, and several adjustments to reach there.

She says, “I was amazed at how devoted he was. He would start when he got back from school and then continue until his dad got back from work. Then they would go down to the park to practice some more. He was such an amazing kid when it came to his appetite for hard work.”

After mastering keep-me-ups, he turned his attention to free kicks.

“He must have taken more than 50,000 free kicks at that park. He had an incredible appetite,” says his father, often the stand-in between Beckham and the target.

Now we know that his famous free-kick equalizer in that critical World cup qualifier against Greece in 2001 had the force of those 50,000 free kicks in the park behind it.

5. A tale of three sisters

Laszlo Polgar, a Hungarian, embarked on one of the most famous nature vs. nurture experiments when he started training his oldest daughter, Susan, in chess when she was not even six. In the years to follow, his other two daughters too joined her.

In August 1981, at the age of twelve, Susan won world under-sixteen title for girls. And in 1991, she became the first woman player to become a grandmaster.

Sofia, the middle sister, too earned several accolades in chess, but the most extraordinary came in 1989 in Rome, where she won eight straight games against many of the greatest male players. Kevin O’Connell, an Irish chess player, rated the performance as the fifth greatest (behind Fischer, Karpov, Kasparov, and Alekhine in that order), by man or woman, in history.

Judit, the youngest, surpassed her sisters. She was world number-one player among women for more than ten years, and is widely regarded as the best ever woman chess player.

The three sisters were not gifted in chess in any way. They achieved what they did purely by the dint of Mozart-like training at a very young age.

6. Another tale of three sisters

Brontës sisters, who lived in England nearly two hundred years back, produced some of the greatest works of English literature, and are often regarded as geniuses in the field. However, few know that when they were young they practiced incredibly hard on their writing: in one 15-month period, they wrote 22 eighty-page books. And according to Juliet Barker, the historian who spent six years as curator of the Brontës Parsonage Museum in Haworth, their early work was full of ‘slap-dash writing, appalling spelling and non-existent punctuation’.

Mozart-like training when young and ordinary work initially, isn’t it?

China wasn’t the Olympic force as it is now few decades back. Its ascendancy in Olympic Games began in 1992 (1984 was an aberration because of boycott from Soviet Union and Eastern Bloc countries) when they ranked fourth at Barcelona Games.

It has been well documented over the years how a relentless, world-class training regime changed it all for them.

Experts widely believe that increase in funding over successive Olympics since 1996 had a major role to play in this upward trend.

Why do children of gifted people often turn out to be a patch of their parents?

They inherit solid genes, at least in the field in which their parents excelled, but only few make a name in the absolute sense (it won’t be a fair comparison in relative sense because it’ll be hard to outperform their parents).

The underlying reason for their underachievement often is their unwillingness to stretch to the level that world class performance demands, because their comfortable lives make it difficult to.

Ashlee Vance in his biography of Elon Musk writes about what bothers him about his five sons:

It bothers Musk a bit that his kids won’t suffer like he did. He feels that the suffering helped to make him who he is and gave him extra reserves of strength and will.

Star kids are born with perfect genes – at least in that one field – but they’re more often than not found wanting despite the best support and launch, because they rarely stretch to the extent their parents did.

Even shyness is not inherited

Daniel Coyle, in his book The Talent Code, refers to The Shyness Clinic in Palo Alto, California. To quote Nicole Shiloff, the therapist at the clinic, from the book:

We believe that people are shy not because they lack social skills but because they haven’t practiced them sufficiently. Talking on the phone or asking someone on a date is a learnable skill, exactly like a ten