Alejandro Lleras, Associate Professor of Psychology at University of Illinois at Urbana-Champaign, in his acclaimed study, found that brief diversion from your task can dramatically improve your ability to focus on a task for prolonged periods.

Your experience, too, will tell you that when you study without break for long duration, say 90 minutes, you tend to lose focus, your mind starts wavering.

So, if you’ve been slogging hard for over an hour on your assignment or for exam, you may be working well below your potential. Wasting time, in other words.

Moreover, you also need to be intentional about what you should be doing during those study-breaks, otherwise they’ll be less effective.

In this post, I’ll first cover why study breaks make you more productive and, toward the end, what are some good and some bad study-break ideas.

Why you should take study-breaks?

Alejandro and his team divided 84 persons into four groups and assigned them a repetitive computerized task for 50 minutes, of course, under different conditions:

So, the digits appeared on the screen for only two groups – switch and digit-ignored, and of them only switch group had to pay attention to them.

When performance of the four groups was measured at the end of the task, all groups except switch group showed significant decline in their performance. The two breaks (induced by responding to the digits) did the trick for the switch group.

We propose that deactivating and reactivating your goals allows you to stay focused. From a practical standpoint, our research suggests that, when faced with long tasks (such as studying before a final exam or doing your taxes), it is best to impose brief breaks on yourself. Brief mental breaks will actually help you stay focused on your task!

His study is consistent with the observation that brain responds better to change than to something constant, something we experience in our day-to-day lives.

Something similar happens while studying, or performing other tasks. When we focus on a task for long, our brain gradually switches off from it like it does with the humming noise, resulting in decline in performance. But, after we take a break, the brain resets at the task at a higher level of focus.

Sian Beilock, Associate Professor in the Department of Psychology at the University of Chicago and an expert on performance and brain science, too supports taking breaks when performing cognitively demanding tasks:

The ability to perform difficult tasks declines over time – much in the same way that a muscle tires after exercise.

How long should you study before taking a break?

In Alejandro’s study, the three groups which didn’t take a break saw significant dip in their performance by the end of the task, which suggests that 50 minutes is kind of outer limit for studying at a stretch before your focus starts wavering.

Then, why not study in short bursts of, say, 30 minutes?

In fact, Pomodoro technique precisely prescribes that, but there is a con to it especially for less-disciplined, less-willpowered students, who are a bigger reality than super-students: more frequent breaks (after every 30-odd minutes) mean more frequent attempts to beat procrastination and get back to study, which may not be easy for most. Moreover, in this case, if you can’t restrict the breaks to 5 minutes, they’ll waste disproportionately high proportion of your study time.

So, aim for 50-minute distraction-free sessions, and adjust depending on what works best for you.

Egg Timer is a simple, effective countdown timer I use to limit my sessions to 60 minutes. You may set a time and bookmark the page for regular use. 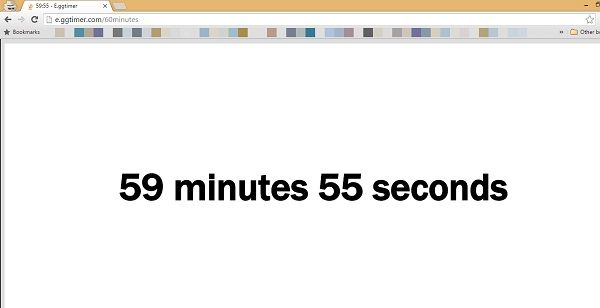 Another tool you may use to keep internet-based distractions away is StayFocused, an extension for Google Chrome which helps you stay focused on your task by restricting the time you spend on time-wasting websites. You can set how much time you want to spend in the day on such websites, and after you use up that time it’ll block these websites for the rest of the day.

How long should study-breaks be?

Now, after how much time should you resume your study?

5-10 minutes. Even a small distraction is good enough to bring your focus back on track.

You should, however, take a longer break (30-odd minutes) after two study sessions in a row. Longer breaks should ideally be your natural long breaks such as lunch, exercise, and nap. Illustratively, your study sessions and breaks can look something like this (after the long break, the cycle can repeat):

Guard against procrastination, though. If you find it difficult to resume your sessions, especially when studying your least-favourite subjects, you may set a reminder on your mobile phone.

What activities to take up during study breaks?

When picking the activity for study-break, ask yourself three questions:

A call to a friend or a nap, for example, may take longer than 10 minutes

If the activity (such as online gaming or social media) is addictive, you may procrastinate

It should be. If you change the scenery, the context, your break will be more effective

If, for your break-activity, answer to all the three questions is yes, then it’s fine for your study-break. Some of the activities that fit the bill are:

The list is only illustrative, and you can get creative here as long as you broadly follow the three conditions.

What activities to avoid during study-breaks? 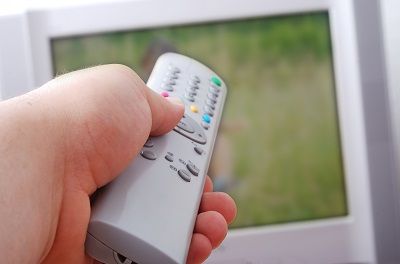 Avoid any media/ internet related stuff: email, YouTube, TV, playing video games, social media, online shopping, internet surfing, and so on. They’re not just addictive, which often leads to procrastination, but they also don’t distract you much from the task you were doing before the break.

That’s why reading a magazine or newspaper too isn’t very effective because prior to the break, you may have been studying from a book or notebook, which really doesn’t change the context much. More the contrast during the break, the better it is.

If at all you’ve to indulge in these activities, then schedule specific slot, say 30 minutes, where you run through them in one go.

Studying for long period without break will make you less productive overall. It’s better to take 5-10 minute break after every 50-odd minute study sessions, and longer after every two such sessions.

During these study-breaks, take up activities which you can finish under 10 minutes, which aren’t addictive, and which, preferably, provide a contrasting context. And avoid any media/ internet related activity during the break.

Question: How long are your study sessions? And breaks? What activities you take up during the breaks? Feel free to share your experience in the space below.