Biggest Reason You Lose Confidence When Speaking in a Group

You forget some of the points you had prepared the moment you start speaking.

(This is called interlocutor effect: how you speak is affected by whom you speak to. Though your ability to speak in English remains the same, you get nervous speaking to some and remain relaxed speaking to others.)

You may have faced some of these situations when speaking in a group or participating in group discussion or presenting your point of view in an official meeting or addressing an audience or making a presentation.

Well, I’m more than convinced through watching many speak in groups and through other evidences that some people lose confidence when speaking because they haven’t spoken enough in the past in such situations. This is the biggest reason, and, because it looks so simple and obvious, is often missed.

My observation of college students speaking in group 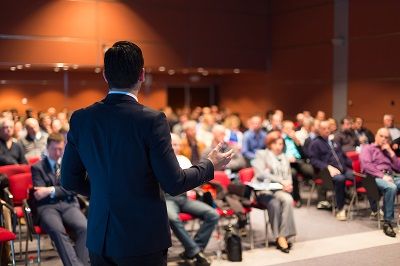 Few months back, I observed a class of 30-odd first-year undergrad students perform a speaking exercise.

The exercise was quite simple. The students were divided into pairs and were asked to interview each other for few minutes to know the background, hobbies etc. of their partner. After they finished interviewing, students came in front of the class one by one and narrated to the class what they gathered about their partner. (There was no sequence in which they came forward. Anyone could raise hand and volunteer.)

Curious, I asked each student coming in front to tell if s/he had performed a similar activity earlier. It turned out that almost all students in the first category had either spoken to an audience like this or performed some other extracurricular activity when in school. And the most hesitant ones, those falling in the third category, had near-zero such experience. The correlation was unmistakably strong, which I’ve found to hold with other groups I’ve observed since.

Do you see what happened in this case?

Those who had faced same or similar uncomfortable situations earlier were more at ease in speaking to a group. In other words, they were more experienced in the situation they were facing.

What looks effortless performance by some is actually a cumulative effect of facing that situation many times before. A person learning the ropes in standup comedy, for example, spends significant amount of time just to get comfortable on stage. Whitney Cummings, a well-known comedian, emphasizes this point in her interview with Tim Ferriss his book Tools of Titans:

The first year and a half, two years of standup is just getting comfortable on stage. Your material doesn’t matter [matters less]….

If the students in the third category too expose themselves to such situations, they too can move to the first category. It’s all about about embracing discomfort and getting more and more relevant experience under your belt. Your ability (or inability) to speak has nothing to do with any inborn factor.

Even shyness can be reversed

Daniel Coyle, in his book The Talent Code, refers to The Shyness Clinic in Palo Alto, California, where they work on their clients’ social skills. To quote Nicole Shiloff, the therapist at the clinic, from the book:

We believe that people are shy not because they lack social skills but because they haven’t practiced them sufficiently. Talking on the phone or asking someone on a date is a learnable skill, exactly like a tennis forehand. The key is that people have to linger in that uncomfortable area, learn to tolerate the anxiety. If you practice, you can get to the level you want.

People are shy because they haven’t practiced ‘outgoingness’ enough, like some students hadn’t practiced facing small or large groups in the case study I described earlier.

Even artistic abilities can be acquired

Those who can’t draw think that either you have it in you or you don’t, and if you don’t then you just can’t draw. (As far as artistic fields are concerned, I too held that belief till recently.) Carol Dweck, in her book Mindset, narrates how dramatically people improved their drawing skills after taking a five-day course on the subject. On the left in each of the two columns in the image below is the drawing before the course, and on the right is, after the course.

People can’t draw because they haven’t practiced drawing enough, like some students hadn’t practiced facing small or large groups in the case study I described earlier.

What to do to speak with confidence in a group or meeting?

The solution is simple – get more experience doing what you dread, and the task will look easy.

Prayers won’t work. Deep breathing won’t work. Visualizing yourself speaking like Barrack Obama won’t work. All these methods will disappear out of the window when you take the floor to speak if you haven’t discomforted yourself enough in the situation before.

Step it up gradually though. Start with speaking in small groups before you address an audience of fifty. If you’ve never spoken in a meeting in your office, start with a rehearsed one-sentence interjection. Inexperienced cricketers, for example, are first introduced in low-stakes matches that come along on ‘A’ tours, against minnow teams, and in dead rubbers (when a series has already been won or lost). They rarely get ushered in high-stakes matches straight. Don’t they?

Start small and go up gradually. That’s the way.

When you initiate into tasks you haven’t attempted before or done sparingly, you’ll make mistakes. Don’t fear mistakes. No one has ever learnt a new skill without making mistakes, and speaking is no exception. But learn from them. And make them in low-risk scenarios such as classroom or among friends and not in high-stakes situations such as a critical presentation or make-or-break deal.

Most, however, avoid discomfort and stick with what they’ve been doing for years, and among those who stretch themselves, majority go back to their original state like a rubber band does when released. (The discomfort too is for some time. With practice and improvements, what was once uncomfortable will become the new comfortable.) No wonder, people falter when they try the first time, if at all they do.

If you’re unprepared for your talk or speech, it’ll make the situation far worse.

Preparation is the easier part. That’s 100 percent in your hand. So prepare well and give yourself the best chance to deliver what you’re about to. Let preparation, the easier part, not become the bottleneck.

3. Appear confident even if you’re not 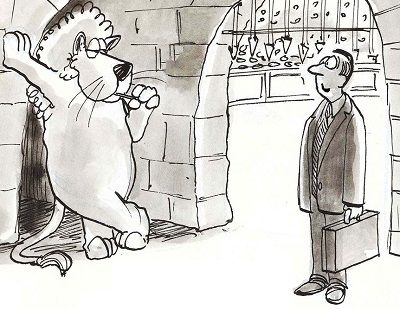 In a subsequent session with the group I referred to at the beginning of the post, I asked if they felt nervous when speaking in presence of 30 others. Many hands went up. What surprised me though was that the girl who seemed the most confident and was the most articulate in the group too raised her hand.

“How could you possibly be nervous?” I asked.

She said, “Although I’m nervous and shaking from inside when I start speaking, I don’t show it, and soon I’m OK.”

I heard similar logic from another student.

Later on, I dug into the issue and realized that this is an almost universal phenomenon, affecting even sophisticated speakers.

Carmine Gallo, for example, narrates his experience of sitting as a judge through presentations of accomplished executives and entrepreneurs at a program for executives at Harvard University. When Mr. Gallo asked the presenters how they felt their presentations went, he heard following comments:

“I was so nervous. I was shaking.”

“I forgot what to say about a slide.”

“I stumbled over my words.”

“I totally lost my place.”

But, no one in the audience spotted those mistakes.

This phenomenon is called spotlight effect, which in nutshell means that people overestimate how much others are noticing their actions and appearance.

If you’re feeling nervous while speaking in a group or making a presentation, maintain your composure and look confident because others are likely not even noticing your nervousness and small mistakes. But if you overstress thinking how others in the room are noticing your every move, every mistake, and every sign of nervousness, you’ll likely make a mistake that will be noticed by all.

The reason you lose confidence when speaking in a group is that you didn’t speak enough in groups before. The more you face groups, the better you get. Remember, the three categories of students in the example we looked at.

You may take these steps to get more confident when speaking in a group:

1. Embrace discomfort and get more practice speaking in groups under your belt. This is the key.

2. Prepare well before a talk.

3. Appear confident even if you’re not when you take the floor. Remember, the girl who was shaky from inside, but looked so confident to others.