Why Most People Are Better at Speaking (English) Than at Writing?

That’s what I’ve seen time and again among people from multiple walks of life.

(Note that speaking here refers to regular conversations we hold and not to public speaking. And writing doesn’t mean SMS or quick 2-3 line emails. It means writing paragraphs, essays, reports, proposals, and the like.)

Why is writing more difficult than speaking for most people?

(Note that I’m not saying writing is more difficult to acquire than speaking. I’m only saying that most people are better at speaking than at writing because of few reasons. Most people, in fact, will find speaking tougher to master because of affective filter – hesitation, fear of making mistakes, etc. – and producing an output in real time. Some theorists such as Bailey and Savage suggest that speaking is the most demanding of the four language skills.)

I’ve observed two clear reasons, and both are so commonsensical.

1. Fewer naturally-occurring opportunities to write than to speak 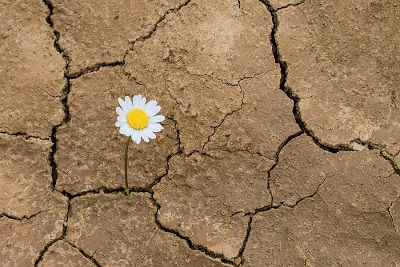 How many opportunities to speak in English come your way naturally in a day? It’ll depend on your circumstances, but at least few.

But do they count as writing?

‘Let’s meet at 4 PM in the conference hall.’

‘What’s the status of the project?’

Few short sentences, at best. Sometimes, not even complete sentences.

You may be writing 500 words every day – which, BTW, is significant – but such fast and junk writing isn’t writing. We get better at what we do regularly and here you get better at writing junk… not regular writing. You’ll struggle to put together few simple sentences to form a coherent paragraph if you’ve only texted and emailed. Many, BTW, aren’t aware that their writing is not up to the mark. They probably believe all the texting they do to be writing.

A good parallel to speak vs. write opportunity will be walk vs. run opportunity in our daily lives.

The real problem is that writing, unlike speaking, is an unnatural act.

To sum this part, in the natural course of your work, you get few opportunities to speak, but hardly any to write. As a result, we speak more than we write, and at the fundamental level it’s number of hours we spend doing an activity that determines how good, or bad, we’re in that activity.

It may sound baffling to you, but precisely for this reason even Americans (who can obviously speak well) struggle in writing in English. In U.S., you’ll find many more businesses offering products and services to improve writing and reading than speaking because the market for the former (natives as well as immigrants) is much bigger than for the latter (mainly immigrants).

However, on average, Americans are much better in writing than people from countries such as India (where writing isn’t practiced enough) because their education system, especially undergrad and grad programs, requires lots of reading and writing. Courses there typically have multiple minor writing projects and few major research papers running into several thousand words.

You become what you practice.

How to Improve Your Written English [26 Tips + Several Examples]

How to Write Effective Emails in English – The Definitive Guide?

How to Speak Fluent English – A Comprehensive Guide?

2. Writing is more rule-based and therefore is harder 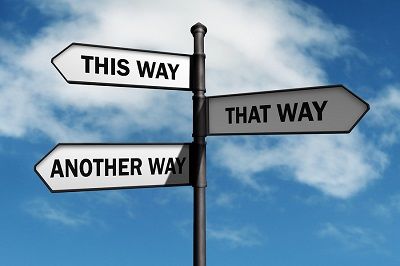 This is the key difference between speaking and writing.

Unless you’re participating in a debate where you’re expected to follow a structure, not fumble, and not make mistakes, you can speak your own sweet way on most occasions. In most conversations, you don’t think too hard on how you’ll structure your conversation. You just start speaking spontaneously, interject occasionally, and respond to others’ points.

Transcripts can be unforgiving. I’ve read my own, so I know how bad it can be.

In the heat of the moment, grammar can go out of the window, to be replaced by false starts and sentence fragments. Everyone starts an ungodly number of sentences with “And” or “So”. I and millions of others tend to use “and I was like” instead of “and I said.” Many of us mix up plural and singular. This all works fine in conversation, but it can hiccup on the printed page.

While speech is transient, writing is permanent. People can subject your writing to forensic scrutiny. Punctuation. Grammar. Flow. Slangs and abbreviations (or rather absence of them). And so on.

You can get away with this while speaking:

But readers will frown if you write the same way. You would be better off writing the above sentence as:

“I have to leave now, but I’ll see you tomorrow at the same time.”

You’ve got rid of the conversational ‘gotta’ and introduced a comma. Punctuations get noticed when reading, but only fleetingly (through pauses) when listening. If you leave a single space before a punctuation mark (like with this comma) , it’ll be noticed.

We associate Greenpeace International with many battles they’ve fought against large organizations violating environmental norms. But the organization states that it has a larger goal of ensuring life in all its diversity on the planet. BTW, it’s a non-governmental organization and it has offices in over 39 countries.

Most of us associate Greenpeace International, a non-governmental organization with offices in over 39 countries, with its crusades against organizations that violate environmental norms. The organization, however, states its goal to be much more encompassing: “ensure the ability of the Earth to nurture life in all its diversity”.

Can you guess which one is more likely to be part of conversation and which, part of writing?

The latter is part of writing.

Do you see the difference?

In the conversation, the additional information of Greenpeace being a non-governmental organization has been added casually toward the end. Whereas in written form, it has been added as an appositive (the fragment between the two commas in the first sentence).

Second, conversations rarely use words or phrases showing relationship between clauses, sentences, or paragraphs outside of the regular ones such as and, but, and because. Phrases such as however and nonetheless are rarely used in conversations even though they may be more appropriate in a particular situation. (What about you? Do you use such phrases in speech?)

Third, in the written form, Greenpeace’s goal has been quoted as it is and therefore has been put in quotes. This isn’t a requirement – you can write in own words as well – but you can’t do it if you don’t know the punctuation rule for quotations.