How to Stop Translating and Start Thinking in English?

While speaking in English, do you first think in your native language (also called mother tongue or first language), then translate into English, and then speak? 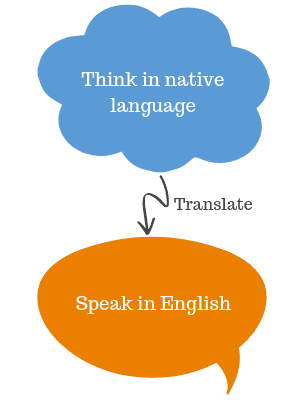 If yes, you can do wonders to your fluency by merging the two – thinking and speaking in the same language, English. 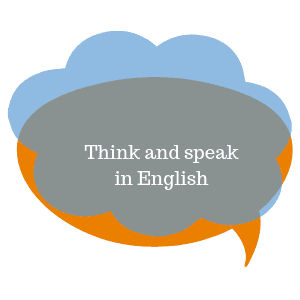 Why you should think in English?

Thinking in you native language and then translating results in awkward pauses in your speech, affecting – no, killing – your fluency. If you start thinking in English, you’ll sound far more natural and fluent.

Another huge benefit of thinking in English is tons of practice in spoken English.

OK, not exactly, but close. Thinking is nothing but speaking to yourself silently.

Now, reflect on how much thinking you do through the day. A lot. If you’re not intently focusing on something, say at work, then most likely you’re engrossed in one or the other thought. Isn’t it? It just happens automatically all the time.

But all these hours of thinking is in your native language. Imagine, if you can shift at least a part of your daily thinking to English. Lots of indirect speaking practice, right? And you’ll learn the language faster.

To sum, if you can think in English instead of your native language, you’ll not only get plenty of additional practice, but also eliminate awkward pauses.

Let’s jump into how to start thinking in English.

1. Immerse yourself in English 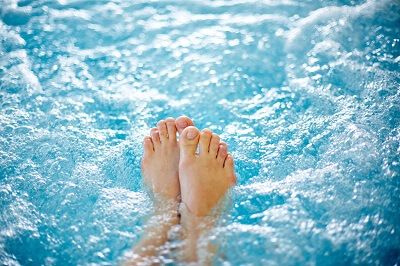 How come you think in your native language automatically without making any conscious effort?

You do so because you’ve spent so much time with your native language that it has become your default option of not just speech but even thought.

This is the balance between your native language and English:

Lopsided, in other words.

What message does the image convey?

If you persist, then over a period of time, lopsidedness will gradually reduce and you’ll be on track to think in English, like you do in your native language.

Immersion can do the same for you.

2. Exercises that help you think in English

Here are few graded exercises (increasing order of difficulty) that will help you think directly in English. The key idea behind these exercises is quickness in thinking without caring for accuracy (if you think on the fly, you get little time to first think in your native language and then translate to English).

Once you start performing a particular exercise well, move to the next. Aim for performing these exercises 2-3 times a day, preferably at certain times of the day such as commuting and tea or lunch break so that you form a habit.

In the beginning, you may take awkwardly long pauses, you may make mistakes. But that’s fine, that’s part of the game. No one has ever learnt a language without making tons of mistakes. And, in this case, good part is that no one even notices your mistakes because you’re thinking or speaking to yourself.

(Note that you can replace thinking with speaking in all the exercises mentioned below.)

2.1 How many words can you think in a minute? 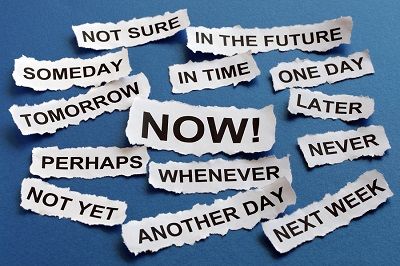 One way to change your long-standing habit of translating in mind is to start thinking in simple English words and expressions.

If you’re at home, look around and start thinking whatever you see in English. For example, you could think table, table cloth, juicer, lamp, kitchen sink, kitchen cabinet, trash can, doormat, carpet, and so on. Stop at one minute.

You can perform the same exercise at your office or other places.

Few things to keep in mind with regard to this exercise:

With this exercise, you kill two birds with one stone. You not only kill translation by thinking fast, but also build vocabulary, which often is one of the main reasons for thinking in your native language. Note that you build vocabulary by two means: first, learning new words (for the objects that you pass); second, repeating what you already know strengthens your existing vocabulary.

In this exercise, you’ll soon exhaust the objects to call words for. Therefore, you need more options.

Practice outdoors to have more options

You can practice outdoors (say when you’re commuting, though not driving) where you’ll find different stuff every day. You can also add verbs to your practice (to describe actions around you) to take it to an even higher level. For example, you can think ‘open’ when you see someone opening his bag. Or ‘wasting time’ or ‘gossiping’ when you see two persons gossiping.

Practice with images (or videos) to have even more options

To get many more options to play around, replace real-world objects and actions with images. (You can access unlimited number of images on Google Images and may other sources.) Look at an image and think of as many words – nouns, verbs, etc. – as possible in one minute. Feel free to open multiple images if you think you’ll finish an image in under one minute.

For example, if you’ve following image to practice: 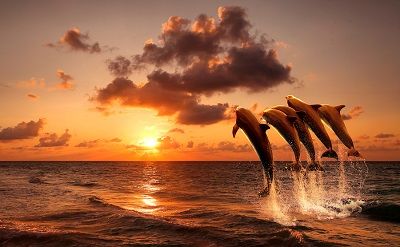 You can think following words:

Note that one-minute limit is not cast in stone. You can change the limit depending on your capacity, but try to squeeze in at least 5 minutes of total daily practice.

I’ve practiced thinking words extensively outdoors and while watching videos (exclusively for this purpose) for few years now, but my purpose is different – raising my vocabulary, mainly verbs, to the next level. I’ve covered this extensively in the post on how to build active vocabulary, the one you can actually use spontaneously in speech and writing.

On that note, you can also practice with videos. They’re nothing but images changing super-fast.

Once you’re comfortable reeling off words of what you see, you can move to the next stage – thinking simple sentences.

Do You Get Stuck for Words While Speaking? Here Is a Quick Way to Improve

2.2 How many sentences can you think in two minutes?

Think in simple sentences what you see around. Because sentences will take somewhat more time than words, increase the time limit to two minutes.

If you’re outdoors, you can think following about weather and other happenings on the street:

The siren from the fire brigade is too loud.

The traffic is unusually high today.

The hawker on the footpath seems to have many customers today.

The two teenagers walking on the footpath are laughing and having a good time.

If you’ve to form sentences from the dolphin image, for example, you can make following:

Five dolphins jumped out of the ocean.

They’ll be in the air for few seconds, max.

The water carries reflection of the sun.

There are few patches of clouds in the sky.

The sky has turned red because of the setting sun.

Once you’re comfortable with sentences, you may move to longer pieces.

Move from disjointed single sentences to narratives, after all these are the ones closer to real thought process or conversation. You may try one or more of these to think your long pieces: